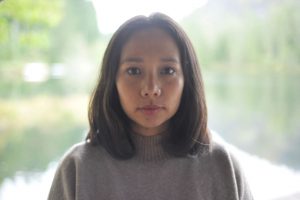 Tsering Lama is a Tibetan writer. She was born in Nepal and moved to Canada at age twelve. Tsering earned her MFA in writing from Columbia University and studied in the creative writing program at the University of British Columbia.

She has received grants from the Canada Council for the Arts and the Barbara Deming Memorial Fund. In recent years, she has been a resident at the Banff Center for Arts and Creativity, Hedgebrook, Willapa Bay AiR, Vermont Studio Center, Virginia Center for the Creative Arts, Lillian E. Smith Center, Omi Writers International, Catwalk Institute, WildAcres, and Playa Summerlake. She was selected as a 2018 Tin House Novel Scholar.

Tsering’s work has appeared in journals and magazines such as The Malahat Review, Grain, Vela, LaLit, and Himal SouthAsian, as well as the anthologies Old Demons New Deities: 21 Short Stories from Tibet; House of Snow: An Anthology of the Greatest Writing About Nepal; and Brave New Play Rites. She is also a co-founder of LhakarDiaries, the leading English-language blog among Tibetan youth in exile.

Tsering’s debut novel WE MEASURE THE EARTH WITH OUR BODIES will be published by Bloomsbury USA and McClelland and Stewart in Canada in Spring, 2022. She is represented by Michelle Brower and Rob Arnold at Aevitas Creative Management.